Russia put a punctuation mark on its Olympics by sweeping the longest race on the program, with the top four finishing within one second of each other.

How U.S. fared: Noah Hoffman was up near the front and spent most of the time from 10k to 20k tucked in second place behind Sweden’s Anders Soedergren and returned there at 42.5k. He finally settled back in the pack at 45k, coming across 12th but still only 6.3 seconds off the lead. But he kept dropping and finished 26th, 1:09.1 behind.

Kris Freeman, a four-time Olympian who has twice finished fourth in World Championship races, dropped off the pace around the 20k mark. He finished 57th, 12:51.5 behind.

First-time Olympian Brian Gregg also dropped back and finished 51st, 8:07.1 behind. Torin Koos did not start.

What happened: One big loss early on — Sweden’s Marcus Hellner, the 30k skiathlon silver medalist 14 days ago, was ailing and did not start. Germany had two biathletes in the field — Arnd Peiffer and Erik Lesser — from the relay squad that took a silver medal yesterday.

Through 20k, 47 of the 64 skiers who started the race were still within 32 seconds of the lead. Few skiers opted to make a pit stop and change skis, worried about losing time to the leaders. Norwegian star Petter Northug, who won four medals in 2010 but was empty-handed so far this time, was lurking around the mid-30s.

Russia’s Alexander Legkov made the crowd roar with a mini-breakaway as they came into the stadium for the 30k mark, but he turned out to be one of many skiers opting to change skis at last. Belarus skier Michail Semenov, in a blinding yellowish-green suit, did not change and went through with the lead.

Finland’s Matti Heikkinen, best known for winning the 2011 15k classical World Championship, took advantage of the shakeup from ski changes to break away from the pack, but he was back with the back by the 40k mark. The leaders at 42.5k were, oddly enough, the same leaders we saw at 10k — Soedergren and Hoffman.

Soedergren brought the pack through the stadium at 45k with two Russians, Alexander Legkov and Maxim Vylegzhanin, within a second. Eighteen skiers were still within 10 seconds, including other favorites such as Martin Johnsrud Sundby (Norway) and Dario Cologna (Switzerland). The first major gap was after No. 28 Alex Harvey (Canada), who was 14.5 seconds back.

The pack was still absurdly close with only two kilometers to go — 19 skiers within five seconds of the lead. Then the worst bit of luck for Cologna, the 30k skiathlon gold medalist, whose ski snapped.

The last climb saw six or seven skiers pushing ahead, three of them from Russia. It wound up a group of four — Russians Legkov, Vylegzhanin and Ilia Chernousov along with Norway’s Sundby.

At the end, it was Legkov winning by 0.8 seconds. Chernousov zipped past Sundby to force a photo finish with Vylegzhanin — and a Russian sweep.

Legkov and Vylegzhanin were no surprise. Legkov was fourth in the 50k classic at last year’s World Championships, and he was first in World Cup distance points in 2013. Vylegzhanin completed an unusual double, also taking silver in the team sprint, but he was also second in this event at the 2009 World Championships and again in 2011. Chernousov was a little bit more of a surprise, but he has been on a World Cup podium in this event.

So it wasn’t a shocking result for any of the individuals. But all three clicking on such a grand stage was a wonderful surprise for the crowd that has enjoyed its time at the scenic Laure cross-country venue.

Future Ranting Soccer Dad posts will be at Medium

No, the WNT didn’t lose in court because the MNT lost in Couva 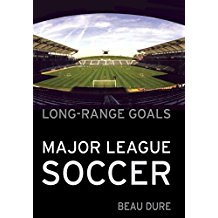