Mid-major announcement to start with: Ranting Soccer Dad now has its own site. I’m not married to the design yet, but it should stabilize in the next few days. This site and podcast will be my top work priority for some time to come. I’m even planning a related book. Stay tuned.

Ranting Soccer Dad deals primarily with youth soccer, but it ties into everything in the soccer world — U.S. Soccer politics, the national teams, the pro leagues (men and women), etc. Even if you think you’re not interested in youth soccer, check it out. You’ll find some interesting guests.

I’ll still be freelancing on occasion for The Guardian and Four Four Two, and I’m open to other suggestions. You may be a little less likely to get random pitches from me for the foreseeable future.

What about women’s soccer?

These days, there’s less of a place for me in terms of NWSL and WNT coverage. Part of that is simply where my reporting has carried me (huge stories elsewhere), part of it is the ongoing decline of the news media (it’s nice to get paid every once in a while).

But I’ll still want to have a lot of female guests on the podcast, and we’ll certainly talk about every level of the women’s game. When I see youth soccer leagues in our area, I see a lot more boys than girls, and that concerns me. Farther up the ladder, I frankly was not impressed with the quality of play in the NWSL this year, and I’m not sure whether that’s a coaching preference for a “physical” style of play or a lack of quality coaching in clubs and college. (Probably a bit of both.) We’re going to address that at Ranting Soccer Dad, and I’d love to talk with a lot of people who can diagnose the problem better than I can.

I’m also going to be a bit of an agitator for more and better coverage. Equalizer Soccer is a great resource, and SB Nation’s various blogs are generally great at giving the women their due. Elsewhere, coverage is lacking, and I’m not just talking about the News & Observer‘s inexplicable decision to ignore an NWSL semifinal that took place in its backyard. ESPNW ramped up a bit for the NWSL playoffs, but I wouldn’t say they were a vital WoSo news source throughout the year. Other large sports sites give irregular coverage.

On all the politics around WoSo — I had good advice yesterday to “amplify” good reporting and analysis. I think I can do that. I’m going to avoid rehashing old debates. In the past 18 months or so, I’ve dealt with three primary groups of people — people who’ve made good points and engaged in actual discussion, people who may mean well but come across as condescending know-it-alls who don’t listen, and people who are simply reprehensible. If the last group takes over WoSo fandom without challenge, the sport will suffer.

But I’ve learned a lot from the discussion, and I intend to keep learning without being as active a participant as I have been. This is a starting point:

Re: Aluko case — I can see how some of my August tweets came across as invalidating, and I apologize and will learn from that.

And yes, learning is a lifelong process. Even if most of us think we know everything at age 21. (Hey, I did too!)

So I’m not quite giving up WoSo. But I can’t really justify taking up a season credential at Spirit games and coming home to write about it without a significant outlet, and I’m not really shopping myself around to find a significant outlet. You’re probably more likely to find me on Spirit Hill next season than in the pressbox.

I’m very happy with what I’ve done in WoSo — everything from covering W-League games in the mid-2000s with maybe 200 people in the stands to the 2008 Olympic final and the 2011 Women’s World Cup opener. I’ve covered labor disputes and the WPS implosion, and I’ve covered a lot of good soccer and good soccer players. I hope someone coming out of college today gets to have all those experiences. (Maybe not the WPS implosion.)

I enjoyed writing for Bloody Elbow this year, and I really should finish my Cageside memoir at some point. There’s just too much going on in soccer right now.

What about Olympic sports?

I’ll update the Perpetual Medal Count at some point, and I’ll do one for winter sports as well. And I’ll do the occasional post. Most likely on curling.

Once a month at Popdose and occasionally at Mostly Modern Media, where I’ll also periodically skewer political bullshit in all forms. And economists.

Good song to end this: 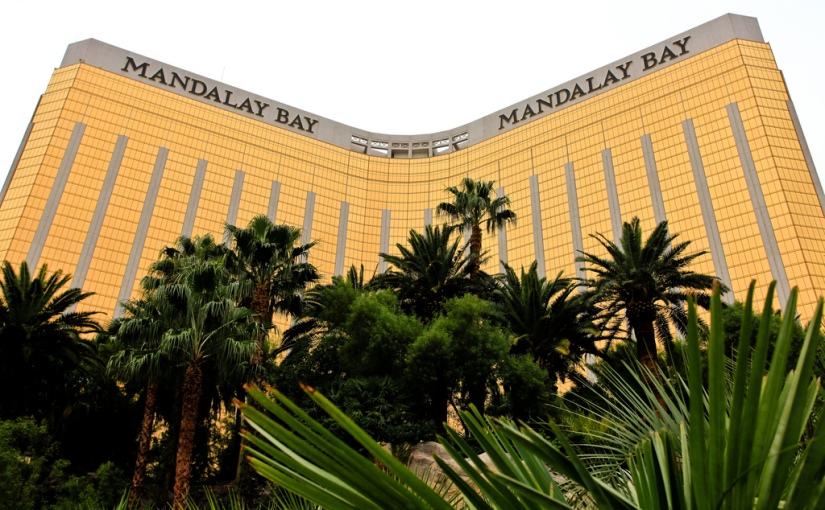 In the wake of the Las Vegas massacre, the Ranting Soccer Dad podcast opens with a few thoughts on why we shouldn’t give up on changing people and society as a whole, either on something relatively trivial like youth soccer or something horrifying like one man’s ability to assemble the weapons to wound 500 people. Maybe we need a little less competition and a little more cooperation to make the changes we need?

Also, a quick recap of the Washington Spirit’s season, in which the team fell from being 30 seconds away from a league championship to last place. Includes postgame comments from Spirit coach Jim Gabarra and the team’s star attacking player, Mallory Pugh.

(Apologies for the drop in volume during the Pugh interview. Also, if you can’t hear Gabarra’s last two words, they’re “No comment.”)

Flying solo on Ranting Soccer Dad this week and wondering whether there’s any way youth soccer can be a positive experience. Making an inherently zero-sum game (winners and losers) a good experience is a challenge, and from what I’ve seen, U.S. Soccer and today’s youth coaches aren’t up to it.

Alexi Lalas is a Soccer Hall of Famer. He’s also an entertainer, with interests in music as well as riling people up from a soccer broadcast studio. So when he rips the U.S. men’s national team as “soft, tattooed millionaires,” he’s drawing on both backgrounds.

Hey, #USMNT. @AlexiLalas has a message for you. All of you.

In our conversation, Lalas explains that “tattooed millionaires” came from a solo release by Iron Maiden lead singer Bruce Dickinson (no, not the “More Cowbell” guy on SNL), and then we talk about whether everything from the now-defunct Bradenton residency program to the Development Academy is giving us a generation of coddled, entitled men’s soccer players.

Tennessee Soccer Club’s Ronnie Woodard is a legit women’s soccer pioneer — first scholarship player and goalkeeper at Duke, one of the first wave of women’s soccer players to move into the coaching ranks. She has coached college and elite youth teams, winning 2016 NSCAA Coach of the Year honors, while launching a consulting business for college prospects.

We talk about what’s keeping women out of coaching (10:20 mark) and what’s better or worse in youth soccer today (25:00). Then I rant about my youth soccer weekend (coach ejected!) and some upcoming Ranting Soccer Dad programming.

The podcast starts this week with a bit of a political rant. The news on DACA is hard to ignore, and we’ve had some ongoing overheated arguments in the soccer community.

The Travis Clark interview on the Development Academy starts around the 9:25 mark. A few landmarks:

Kris Ward has done a bit of everything in coaching at a relatively young age — high school, Development Academy, ODP, college, traditional clubs and NWSL. We talk about rec soccer, how the U.S. academy approach compares with other countries and what a curriculum really means.

Around the 40:30 mark, get ready for a detailed breakdown of all that isn’t working in U.S. women’s soccer.

With all due respect to DJ Jazzy Jeff and the Fresh Prince (now known as Will Smith), sometimes parents DO understand.

Skye Eddy Bruce, an experienced player and coach, is now working to help parents understand youth soccer and then advocate for their kids. Throughout this interview, she and I talk about empowering parents. (And educating them — the idea isn’t to have ignorant parents berating coaches all over the country.) We don’t need to let coaches push winning over development, and we don’t need to sign up for the league that travels all over creation.

2:15 About the Soccer Parenting Association — seeking to elevate the game with a focus on educating, engaging, supporting and advocating for youth soccer parents. And Bruce’s bio — including playing in Italy!

5:15 The stereotype of ignorant parents and how it’s changing. Includes a reference to this video:

15:55 Putting too much of an emphasis on winning can drive kids away.

19:45 The true purpose of youth soccer

28:20 The need to standardize our language — what does “elite” mean? Or “classic” or anything else?

33:35 Down with specialization! (At least, parents should be able to say that.)

“If you let your kid play sports, she’ll grow up to be a productive member of society! If you don’t, what’s wrong with you?”

That’s the subtext of a lot of sports marketing ads for everything from the NCAA to shoe companies. And we sports journalists buy in whole hog.

But wait a minute. Aren’t some of the traits that make someone a good athlete — aggression, attitude, a winner-takes-all mentality — actually bad traits to have in life?

Bobby Warshaw played at Stanford and went on to the pros in MLS and Scandinavia. His book, When the Dream Became Reality: The journey of a professional soccer player, and the push for meaning, purpose, and contentment, wrestles with the duality of being a good athlete and a good person.

Along the way, we talk about the now-dissolved Bradenton academy (“There’s no human being that came out of that Bradenton academy that was a regular person after that”), promotion/relegation, parenting, character-building and whether the Scandinavians know something we don’t about how to live.

Gwendolyn Oxenham and I both went to Duke, but she’s a more typical Dukie overachiever — soccer player, filmmaker, author, etc. Her new book, Under the Lights and In the Dark: Untold Stories of Women’s Soccer, collects interesting stories from all over, showing us what women’s soccer players do to compete and get better in a sport that is providing more opportunities than in the past but not quite as much as we’d all like.

She also chats here about her youth soccer experience (a devoted coach!) and what she’d like to see for her kids.